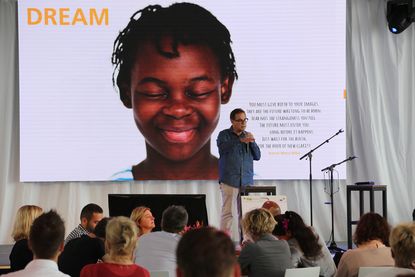 MADE as a place to exchange and design together - 2 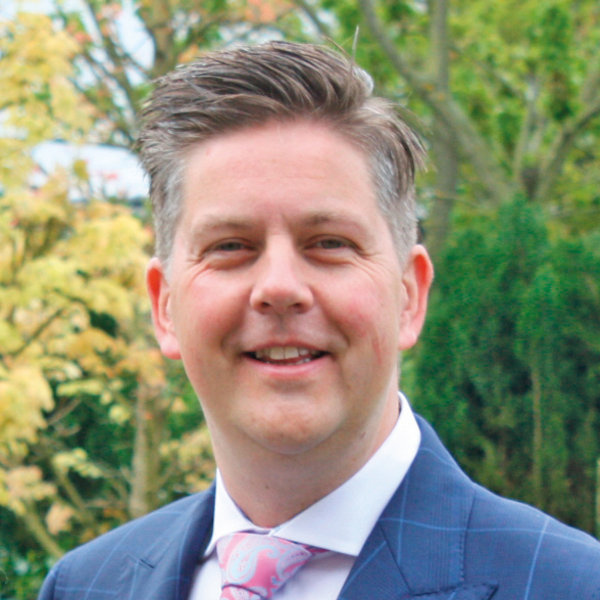 Last week, we organized a ‘Make a Difference Event’. Not an anniversary party, nor a ‘strategic conference’, but an attempt to create space for collective reflection and inquiry for ourselves and others into the question: can we make a difference in new ways in the future? In the previous blog we outlined the run-up to the event.

This one describes what happened when we put 250 energised, inspiring, dedicated people in one room for three days, inviting them to share their ideas, stories, dreams and questions….

The colleagues who took on a role as ‘location scouts’ soon found a venue that looked perfect for the type of event we wanted to create: the Cruise Terminal Rotterdam. In the old days, passenger ships for the US would depart from here, taking emigrants to unknown shores and new destinations. We immediately loved the idea of this ‘waiting room’. A place where people would reflect, and decide: what do I take with me? What do I leave behind? What new futures do I want to explore? It would provide the perfect backdrop for the in-between[s1] -space that we were looking to create.

We shaped the event with David Cooperrider to follow the steps of an Appreciative Inquiry Summit.

Monday afternooon was the time for getting to know one another better and explore the topic. People engaged in one-on-one and group interviews on stories of ‘radical connectedness’, they shared stories on what ‘flourishing’ means to them….

On Tuesday, they were invited to Dream: what could happen if…. What kind of future would you see in front of you? The dreams were shared on stage and during lunch we tried to define the ‘Design questions’. Some examples are: how might we....

After lunch, different groups set out to work on these questions. Some big, some small… Brainstorming, creating prototypes: a chaotic and creative energy filled the room. Some groups immediately came up with concrete ideas, others were searching and wrestling a bit more. People sometimes switched themes if the exploration of the topic was different from what they had hoped. New themes emerged spontaneously.

One team already took to the streets to test the interviews they wanted to use in their project. A group of artists tried out a new performance in the group. All sorts of things happened. We were reminded of AI author Frank Barrett: ‘Say Yes to The Mess’.

Wednesday was time for a more focused and calm atmosphere. Groups and duos huddled together to work on actual plans and activities. Before lunch we had a moment on stage for no less than 23 groups who had formed around a (bigger or smaller) initiative (!). Examples include a group that will organize a three day retreat this autumn for people who want to explore ‘living with the seasons’ and finding reflection time; a group that develops a toolbox that teams can use to discuss their insecurities, flaws, difficult moments in learning; a partnership that wants to build a learning network amongst schools, and so on… There was enormous diversity. Next to that, numerous people went home with bigger or smaller ideas to take to their own organization: creating a mini-summit themselves for instance.

K&S colleagues from the media crew caught stories that they post on the website. Something that they will continue to do for the next weeks, capturing the story as it unfolds. Other colleagues filmed the event and produced a brief clip at the end of each day for the entire group to watch, as a wrapup. Both were experiments in itself: we wanted to investigate how organizational journalism of this kind can really enhance such an event, be part of the experience (and not just a way to document what happened).

But just describing the event in terms of the plans that were created together and the initiatives that took shape doesn’t really capture what happened. A lot more was going on. Not only did we inquire into how we could encourage radical connectedness and human flourishing by talking about it, we experienced moments of radical connectedness and flourishing as well. In one-on-one encounters or in group moments. People frequently mentioned that this was maybe the most inspiring and energizing aspect of the event. Sharing stories, hearing ideas and initiatives from others, meeting strangers who feel like friends after an hour, and experiencing how fast you can engage in a process of building new ideas with people whom you have just met left people energized and determined to continue to make a difference in their own work and social environment.

The other side of the coin

There was a flipside: we also found that it was not always easy to radically connect - there were moments of dis-connection and uncertainty as well. What are we here for? Why this group of people and not any other? Am I part of it? Do I want to? As one colleague described it: “I feel like I have re-connected and stepped into the process dozens of times in those three days. Am I going to participate in this activity? Do I want to show my vulnerabilities to this total stranger?” Each time she did connect again, she felt the effect of it. People changed groups when they felt it was not the group they wanted to be in, almost always finding someone else to connect with: either in an ‘official’ activity or informally - sitting on the dockside for example. In this way everyone created his or her own space to really get out of the event what he or she sought afer. Several people made the observation that an important takeaway for them was the realisation that, in order to be able to connect with someone, or something, you have to be truly connected to yourself and what you want or need. Some people even experienced that the event (re)challenged them in that respect.

Our heads were spinning by the end of the three days- full of images, stories and connections. What a magic space for creativity and exploration did we make together with everyone who was there. A great example that any human system moves in the direction of what it studies.

The story goes on…

The K&S media crew will continue to capture stories, sharing them on madesummit.com and in several magazines that will be published over the course of the next months. Moreover, a group of MADE participants has developed ideas on how the entire group might somehow keep the connection over the next year. We are looking forward very much to bringing the process further and making the most of this experience.

The reflections on what happened and what it means to us as a company are only just starting to percolate. As things become more clear, they will find our way to this blog. Or you will hear them directly from one of us.

A big thanks to everyone who helped make MADE.